This week, the biggest name on the list of trade targets is LeBron James, who’s return from an abdomen strain last week was quickly interrupted by the incident he had with Isiah Stewart of the Pistons.

Bigs Richaun Holmes and Myles Turner stand out as undervalued targets who fell in the Trade Value Charts due to consecutive awful games respectively in mid-November. Both of them are bouncing back from these games as expected. Here’s more about those targets and others making use of our Trade Value Charts. 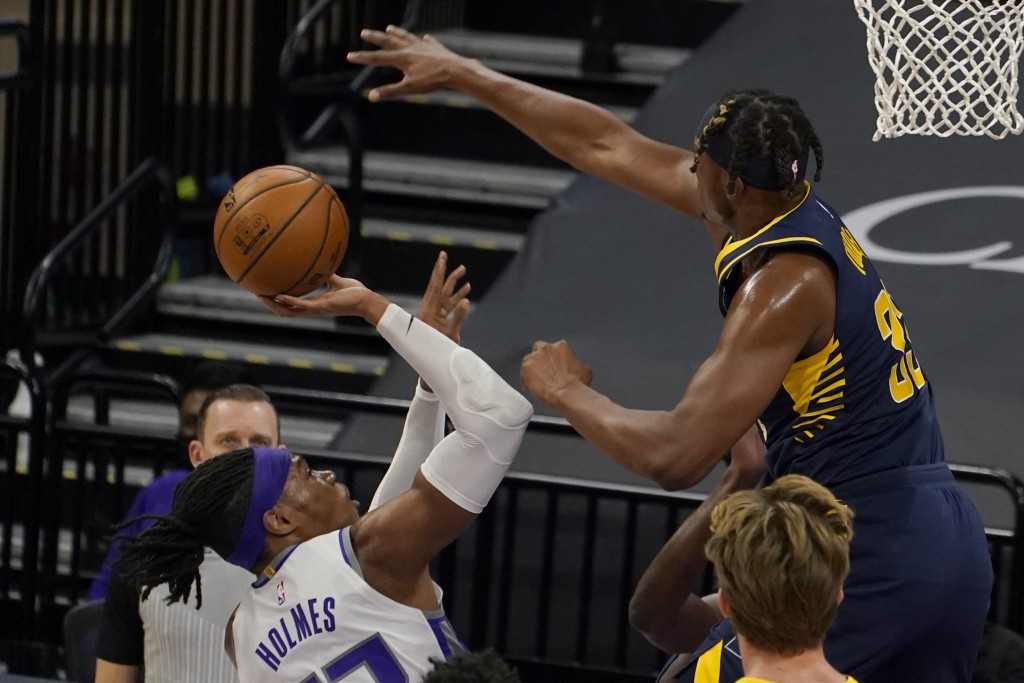 Pelicans PG Devonte’ Graham saw his trade value dip by -1.0 point over the last week. Largely, Graham’s value is sinking because he hasn’t matched his season average of 15.3 PPG over the last two weeks. He also was forced to miss a few games due to a foot injury. In three games on Nov. 12, Nov. 13, and Nov. 15, Graham scored a maximum of 15 points on less than 50% shooting each of those nights. On the season, Graham is shooting a mediocre 38.9% from the field as the new starting point guard for New Orleans and is averaging more than 32 MPG. Graham was listed as probable against the Timberwolves on Nov. 22 but ended up not playing. This means that he should return for the Pelicans either tonight against the Wizards or on Nov. 26 against the Jazz. Since his value dropped by more than a point and he is the designated starting point guard for the Pelicans this season, his value dropping is the result of his minor foot injury and slightly below-average offensive performances in his last few games. Other guards ranked above him in the Trade Value Charts include TJ McConnell, who also doesn’t start for the Pacers but is shooting very well from the field this season. If you are looking for a guard who consistently plays 30+ MPG, Graham is the guy to target. D-Rose, Reggie Jackson, and McConnell are just three examples of players with values in the same value range you could try to trade away in the hopes of acquiring Graham at a low cost. 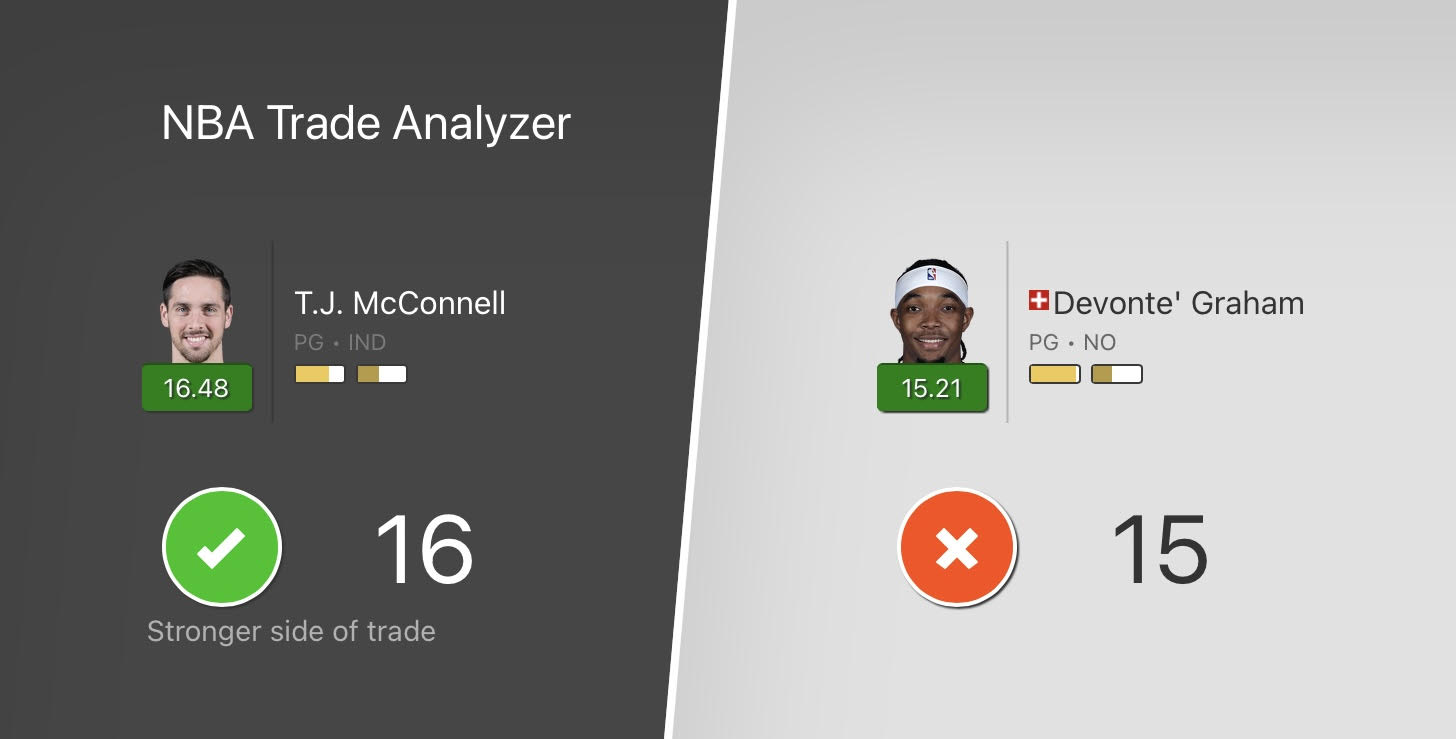 James returned from injury to find himself suspended against the Knicks. James missed most of the season already due to an abdomen strain and returned to find himself involved in an altercation with a reactive Isaiah Stewart, who was likely in a state of shock after being elbowed by LeBron. In addition to LeBron’s value dropping because of his abdomen injury, the one-game suspension he served Tuesday night against the Knicks means that he won’t truly be returning from his injury until after Thanksgiving. James’ prolonged absence is the reason why his trade value has dropped -2.2 points over the last week. When active, LeBron is an obvious must-start. Right now, LeBron’s value is at a whopping low of 23.20. In comparison, the two SFs ranked below him are Tobias Harris (22.83) and Miles Bridges (21.54). Ahead of him are forwards Julius Randle (26.55), Paul George (28.87), and Jayson Tatum (29.65). LeBron is simply more valuable than Bridges and Harris by far. He is likely more valuable than Randle but could be considered a fair trade for PG13 or Tatum, who have both been much more durable than James throughout the regular season. Unless he injures himself or is suspended again (just served the first suspension of his 19-year career), James is severely undervalued making him an interesting asset to trade for or to trade away for. LeBron James’ current trade value makes him the most affordable big-name target to try to acquire in Week 6. 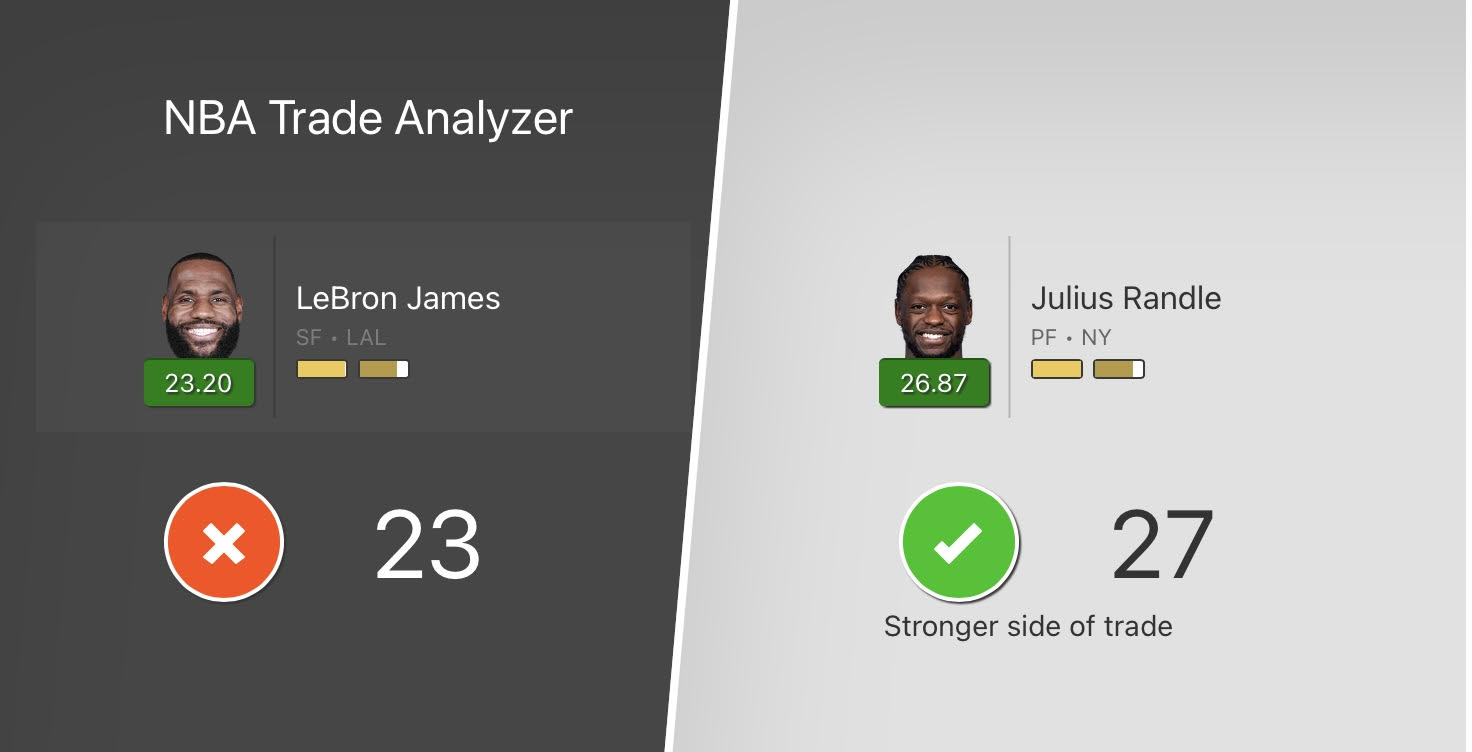 Markkanenn, like Kevin Love, was one of Cleveland’s players infected with COVID-19 who is returning to NBA action this season. The seventh overall pick in the 2017 NBA Draft by the Chicago Bulls is playing his first season in Cleveland and has averaged 13.6 points along with 6.1 reboounds in 30.8 minutes per game. On Monday, Nov. 22, Markkanen played his first game since Nov. 1 and scored 22 points in 31 minutes, converting seven of his 17 shots taken from the field. These numbers were mediocre at best, but it shows that the Cavs want him to actively take many shots in the rotation as they are confident he can produce more than he currently does offensively. In the absence of Collin Sexton, Ricky Rubio, and Darius Garland, Cleveland need Markkanen’s help on offense. The Cavaliers clearly want Markkanen to be a starting player for this team, and if healthy, it is unlikely that he plays less than 30 minutes per game for the Cavaliers. Because his trade value has dropped so much because of his COVID-19 absence, like Kevin Love, this is fantasy basketball owners’ time to pursue him in trades. Currently sitting at a trade value of 13.05, he is ranked below the injured P.J. Washington and Larry Nance Jr. in the Trade Value Charts at the forward position. His value will continue to rise over the next week, making him considerably undervalued at the moment and a very interesting option among NBA forwards to trade for in Week 6.

Over the last three games, Turner has been limited to 26 minutes or less. This is largely because he failed to score more than six points in two consecutive games for the Pacers between Nov. 15 and Nov. 17. In 32 minutes against the Knicks on Nov. 15, Turner scored three points and halued in just three rebounds and shot one-for-four from the tree-point line. This means that he took no field goal attempts in the paint or from mid-range. Three rebounds in at least 32 minutes of game time for Turner is simply atrocious. Where was he in this game? His value took a nice dive due to his abysmal and seemingly absent performances in those games. However, Turner is going to earn the minutes he lost. On Nov. 19, Turner was restricted to 19 minutes on the floor and only scored four points. Over his last two games, Turner made the most of the 26 minutes he was given on the floor, posting just shy of a double-double on Nov. 20 and he recorded a double-double on Monday night. His value is considerably lower than what it should be. Turner is the ideal buy-low candidate, especially given his shot blocking prowess.

Homes’ value has dropped -2.7 over the last week due to a few games in which he scored seven points or less in mid-November. Similar to how Turner’s value has dropped, Holmes’ value dipped because of a few really bad games. On Monday night, he was forced to exit the game with an injury which thankfully wasn’t too serious. The Kings' big man is expected to be available on Wednesday against the Portland Trail Blazers. His value has dropped enough to make him a stand-out big to target in the trade market.