After the first week of 2021-22 NBA action, a few players have already emerged as available waiver wire targets in many fantasy basketball leagues. This includes veteran forwards and former All-Stars LaMarcus Aldridge and Carmelo Anthony, who are both making the most of their roles off the bench on their respective squads. Moreover, guards Davion Mitchell and Cole Anthony both erupted for ferocious offensive performances on Sunday night and are widely available on the waiver wire. Here are six waiver wire targets as we kick off Week 2 of the NBA regular season. 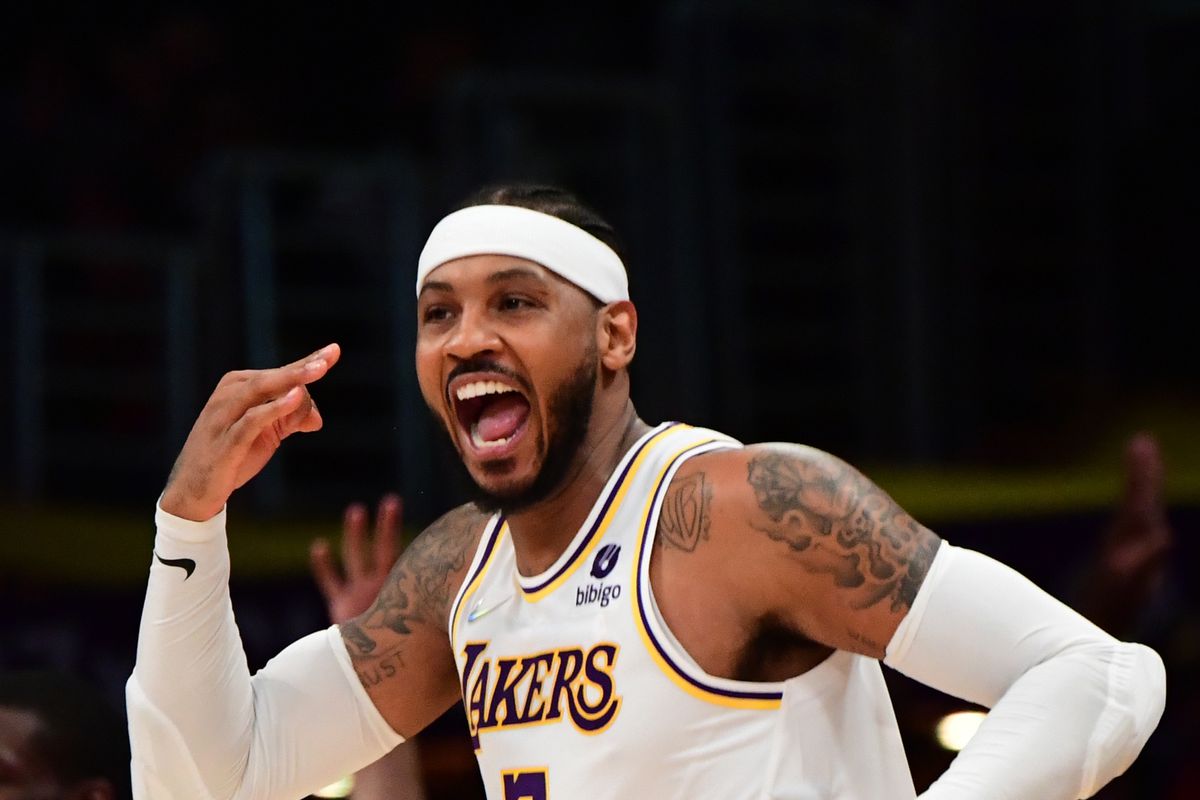 Kings rookie talent Davion Mitchel had a big Sunday night, shooting for 22 points in 32 minutes. Mitchell, who shined for Baylor basketball during the 2021 March Madness tournament, erupted in his third game. This comes after his first two games where Mitchell only scored 2 points in each contest. He played 32 minutes and it's important to realize that the Kings are a team of young players who earn their playing time when they start to perform. Look at Buddy Hield for instance; he progressively earned his minutes. If Mitchell continues to impress, his minutes will continue to increase and he will reproduce numbers like those which he showcased in the third of his NBA career on Sunday night.

As the starting point guard for Orlando, Anthony has met the standards for what the Magic expected since his rookie season. Sunday night, Anthony erupted for 29 points and 16 boards, helping the Magic hand the Knicks their first loss of the season. Cole Anthony will certainly start and continue to play big minutes in the games to come. He is particularly getting claimed off of waivers very quickly because of his performance last night, but also his promising abilities as a scoring point guard who's able to make decisive assists. If he's still on waivers, this is the guy you need to pick up this week.

Burks made use of his minutes effectively in Sunday's game against the Magic. He is a dynamic veteran capable of consistently hitting his three-point and mid-range shots. Burks is a strong player on the Knicks' bench, but some nights, he may not get as many looks as others. Despite that, Burks is a solid shooter with a good field goal percentage. If you watch the Knicks or have already seen one of their games this season, you know that Burks makes his presence felt every time he is on the floor. He’s definitely a bit deeper down the waiver wire list than most of the other guys on this list. What you get from picking Burks up is guaranteed consistency, and a nice filler piece if a SG on your current roster is out or facing limited minutes. Burks is averaging just shy of 20 MPG but is scoring 20.7 PPG through the first three games this season.

Melo is making the most of his minutes, perhaps more so in his first three games as a Laker than he did most recently for his previous team, the Portland Trailblazers. Anthony blew up from long range on Sunday night, scoring consecutive shots and generating 28 points of offense for this ferocious Lakers squad. His performance Sunday and especially his consecutive shots drilled from downtown are reminiscent of his best moments in a New York Knick uniform. It’s still Carmelo Anthony, and along with the support of veteran NBA champions Rajon Rondo and Lebron, Anthony has a shot at becoming a focal piece of the Lakers' offense coming off the bench this season. His confidence seems to be higher than it has been in years; in the first few games of the season, Anthony is making his presence felt in yellow and purple.

Wiseman is expected to return to the court and the Warriors' rotation soon. When he does, I expect him to be playing close to thirty minutes and emerge as a significant presence on the glass, which the Warriors are currently missing. Warriors head coach Steve Kerr shared encouraging news about Wiseman's recovery from injury, stating, “the last few days he’s really started to ramp it up, running sprints and doing some things laterally.” If Wiseman continues to trend in this direction, he will be playing on the court soon. Solely for that reason, Wiseman needs to be picked up from the waiver wire in fantasy leagues. Finally, because he was the second pick in last year’s draft and Kevon Looney is the Warriors' current best option at center, it is almost certain that Wiseman will start when he is able to suit up. If healthy, he will start and become a focal piece of the Warriors' offense and defense.

Last season, Aldridge thought he was forced to retire midway through the year with concerns that an irregular heartbeat would prevent him from continuing to play in the NBA. However, Aldridge began the season and is off to a strong start. In the first three games of the 2021-22 regular season, Aldridge is converting at a 66.7% clip from the field and is averaging 11 PPG and 5.3 boards in approximately 20 minutes per contest. In Friday night’s game, Aldridge scored 23 PTS (10-12 FG) in 23 minutes. It is truly surprising, and somewhat of a comeback story, to see Aldridge produce at such a high level. Aldridge is available in approximately half of all fantasy basketball leagues and is worthy of being picked up, especially if he earns more minutes as the season progresses.