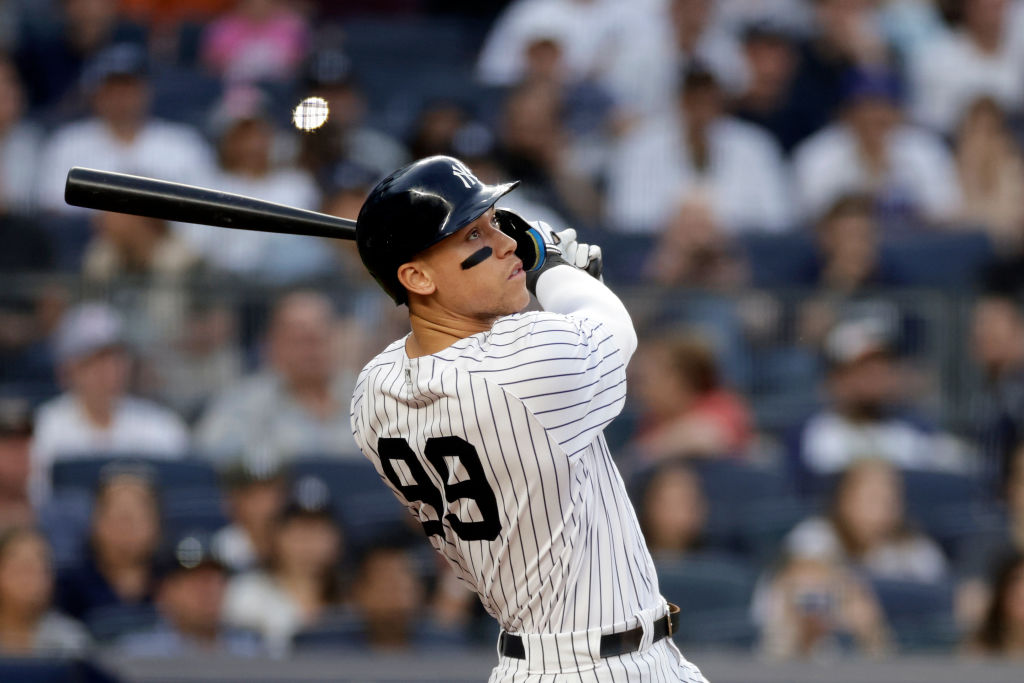 This offseason, many big name players signed deals keeping them with an MLB team for nearly the next decade for hundreds of millions. This includes Aaron Judge, who is returning to the Yankees on a nine-year $360 million deal. For the other NY team, P Jacob deGrom is leaving the Mets to head to the Rangers on a five-year $185 million contract. In turn, Justin Verlander is headed to Queens on a two-year deal worth more than $86 million guaranteed.

Let’s take a look at the biggest MLB Offseason moves to report so far as we get prepped for 2023 Spring Training!

The Yankees front office went ahead and made the wise decision to pay Aaron Judge after smashing 62 home runs in 2022 to dethrone Roger Marris of his single-season HR record. The Judge signed a nine-year $360 million deal which will keep him with the Yankees essentially for the rest of his MLB career. Last season, he was able to stay healthy, shattering the single-season home run record. He did a lot more than smash home runs hitting the ball last season. In 157 games played, the Yankees’ outfielder had 177 hits for 131 RBIs, 133 runs, and a .311 BA on the season. He’s integral to the team’s success moving forward, and after yet another postseason defeat to the Houston Astros, the Yanks should feel fortunate they still have him aboard. The Yanks did what needed to be done, and the 6’7’’ 282 lbs slugger got paid to stay in New York.

The Padres bolstered up their roster even more this offseason by adding longtime Red Sox shortstop Xander Bogaerts to their roster. He will join the likes of Manny Machado, Juan Soto, and Fernando Tatis Jr. (who missed all of 2022 due to injury & a PED suspension). Bogaerts has been a great player for the Red Sox, capable of producing some great offense and good defensive plays off the bounce. San Diego signed him to an 11-year $280 million deal to join what on paper should be one of the best dugouts in 2023 in the MLB.

Brandon Nimmo emerged as one of the hottest players targeted in early 2022 fantasy baseball free agency. This season, Nimmo batted .274 for 159 hits, 64 RBIs, 71 BBs, and 16 homers. He played in 151 games and had 580 at bats for the Mets last season, demonstrating his ability to stay healthy throughout the stretch. He was signed to an eight-year, $162 million contract currently making him the second richest Met in history behind Francisco Lindor based on the deal’s total value. Similar to the Padres, the Mets are have worked to bolster their roster this offseason.

After winning the World Series, veteran pitcher Justin Verlander signed with the New York Mets on a two year deal worth at least $86.6 million in guaranteed pay. Verlander had another terrific year. He’s a guy who’s been pitching at a high level throughout his career, without taking much of a break unless for injury.

The New York Mets couldn’t retain Jacob deGrom this offseason. The Texas Rangers were able to offer him a five-year $185 million contract that the Mets’ couldn’t get anywhere close to matching according to reports. deGrom is one of the most prolific pitchers in the game today. He had another stellar season in 2022 despite missing the first month or so for the Mets.

After leaving the Washington Nationals in 2021, Trea Turner has played the last two seasons in Los Angeles for the Dodgers. He is headed back to the NL East for the 2023 season as a Philadelphia Philly. The 29-year old shortstop just inked a massive 11-year, $300 million deal with the Phillies which could keep him in town until his 40s. He is another shortstop about to make big money for a new team.