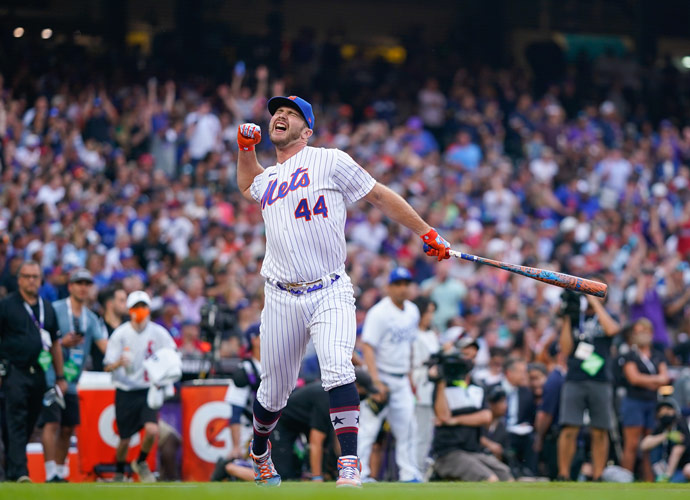 We are now in September and we have just five weeks left of fantasy baseball. Some huge names including 1B Pete Alonso, 3B Jose Ramirez, and standout SP Carlos Rodon have seen their trade values drop significantly over the last few weeks. Now is your time to take advantage of these stars who have slid down the MLB Trade Value Charts. Likewise, you could cash in on some players whose trade values are peaking in Week 22 such as SP Zac Gallen of the Diamondbacks and the 32 year-old Astros 2B Jose Altuve.

Giants starting pitcher Carlos Rodon played terribly in his last start. He threw a whopping 94 pitches through just 4.0 innings pitched after walking four batters and allowing five runs. This performance netted him approximately -4.0 FPTS in most fantasy baseball leagues. As a result, his trade value has sank by -1.7 points in the charts. Pitching flops can happen, and they can certainly happen against the San Diego Padres who Rodon faced in his last start on August 29. In the three starts which preceded this one, Rodon pitched a minimum of 6.0 innings and produced at least 22 FPTS. He threw 11 strikeouts against the Arizona Diamondbacks on August 17, followed by 10 strikeouts for only 92 pitches through 7.0 innings pitched against the Detroit Tigers on August 23. These are the kind of pitching nights Rodon has been having all season. The Padres embarrassed him on Monday night, but he is still one of the best pitchers in the game this season. This season, Rodon has a 12-7 record and is throwing 11.3 Ks for every nine innings pitched (K/9). His drop in the trade value charts is something fantasy baseball owners should be aware of, especially this late in the season.

Guardians’ third baseman Jose Ramirez has shot down -3.4 points in the MLB Trade Value Charts over the last week. That’s because in early-to-mid August, Ramirez’ was less efficient as a hitter. In nine of 11 games played between July 31 and August 11, Ramirez produced three FPTS or less per night. On August 12, he had a big game recording three hits including one home run to produce four RBIs. Ramirez then produced no FPTS on August 13, and only one FPT in his games on August 14 and August 15. Over the last seven games, Jose Ramirez has been red hot. In 25 ABs during this stretch, he’s recorded nine hits for three home runs and six RBIs. Through this stretch, he’s got a .360/.414/.800 slash line. Ramirez has hit the ball a lot better in the later part of August, which makes him an undervalued third baseman in Week 22 and heading into Week 23.

New York Mets superstar Pete Alonso has dropped significantly (-3.2 points) in the MLB Trade Value Charts over the last week. This has currently given him the exact same value as fellow first baseman Vladimir Guerrero Jr. (17.06). The reason for his drop in the Trade Value Charts has been a slump in performance over the last fifteen games. In this stretch, Alonso has had 59 ABs but has only gotten 13 hits for two home runs and eight RBIs. His slash line through the last 15 games rests at an unimpressive .220/.270/.339. Alonso has hit better over the last week, which should encourage fantasy owners who have seen his trade value drop. For fantasy owners who have been eyeing Pete Alonso this season, his current trade value makes him the fourth-highest valued first baseman in fantasy at the moment. While Pete Alonso isn’t having the season that Paul Goldschmidt is having with the St. Louis Cardinals, he is certainly on par with 1B Freddie Freeman (23.89), Nationals’ rookie Joey Meneses (18.74), and Vladimir Guerrero Jr. (17.06). This is your chance to snag the second-best first baseman in fantasy baseball as a result of his deflated value right now.

Diamondbacks SP Zac Gallen is having a terrific season. He’s mainly been outstanding over the last two months. However, he has become the highest-value starting pitcher in the MLB Trade Value Charts after gaining +6.6 FSP points over the last week. In his last start, Gallen threw just 88 pitches in 7.0 innings to record seven strikeouts and allow not a single run. In four of his last five starts, Gallen has netted fantasy owners at least 27 FPTS. With a 2.57 ERA and a 10-2 record at the mound this season, Gallen has been outstanding in 2022. However, his inflated value makes him the starting pitcher with the highest value. It is unlikely that he continues pitching at this pace for the remainder of the season. In Week 22, you could trade Gallen away for virtually any other pitcher available in fantasy and it would be considered a fair trade. Still, Gallen’s trade value isn’t high enough for him to be traded for one SP and another position player unless you would be ready to undergo a significant downgrade at pitcher. You could easily trade Gallen away for the red-hot Framber Valdez (21.07) or Carlos Rodon (18.78) who will bounce back after just one terrible start.

Veteran second baseman Jose Altuve has been hitting much better as of late. In four of his last five games, Altuve has recorded at least two hits. Over the last seven games, he’s recorded 11 hits for two home runs and four RBIs. He’s also had seven runs and an impressive slash line of .407/.467/.778 through this most recent stretch of games. That being said, Altuve is not the best second fantasy second baseman in baseball. In fact, Altuve has gotten the top-spot in the MLB Trade Value Charts among 2Bs because 2B Luis Alvarez’s (14.45) value has dropped by -2.9 points over the last week. In our opinion, Jeff McNeil (13.59) and DJ LeMahieu (13.15) are more valuable than Altuve because of their consistency in 2022. Alvarez is hitting .320 this season while McNeil is hitting .321. While Altuve does have 22 HRs in 2022, Tuve is only batting .286 this season. While Altuve will make some noise, especially as the Astros head into the postseason, you’ll get more consistency from a second baseman like Luis Alvarez or Jeff McNeil. They have been hitting the ball very consistently this season and have some of the highest batting averages in baseball this season.