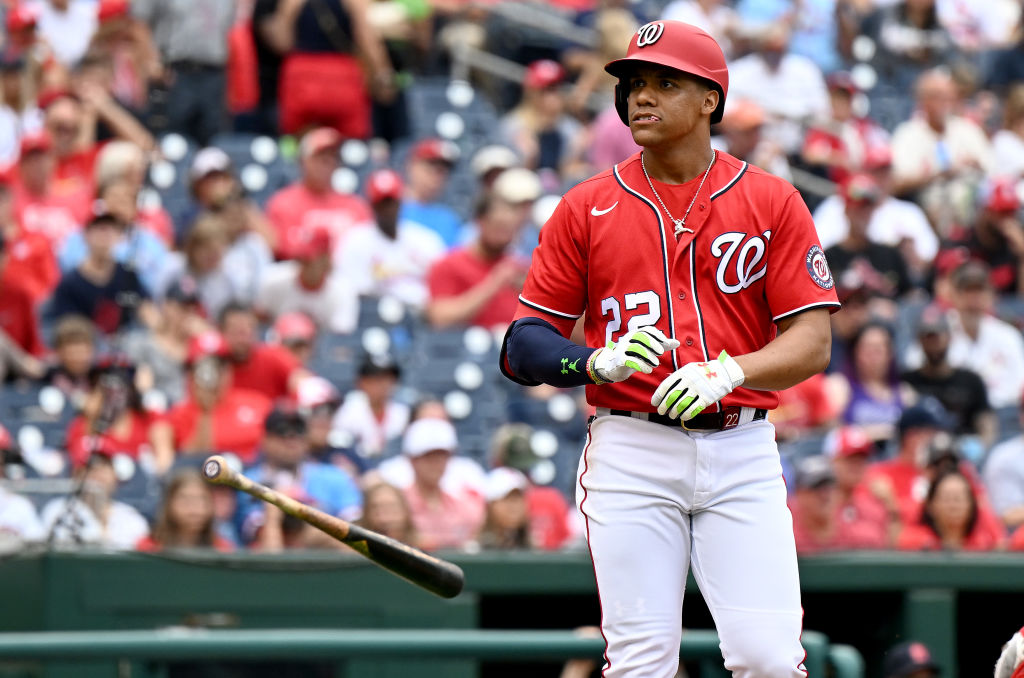 The Padres have come to terms with the Nationals on a deal that sends OF Juan Soto and 1B Josh Bell to San Diego. In turn, the Nationals will be receiving a package of more than five players including SS C.J. Abrams and lefty pitcher MacKenzie Gore.

Juan Soto’s pace this season isn’t quite as fast as it was last season. However, he is hitting great and will likely start hitting better as he gets acclimated with the Padres. Soto wanted to leave Washington, and will likely be happier on his new team. This could elevate his numbers for the rest of the season as we look toward the playoffs.

This is one of the biggest deals in the history of baseball and Soto will team up with Manny Machado and Fernando Tatis Jr. (who is yet to make his season debut) in San Diego. The 58-46 Padres are exponentially better as a result of Soto’s acquisition. At the moment, the Padres are 12.0 games back of the 69-33 Los Angeles Dodgers who lead the NL West. With the addition of Soto, and the anticipated return of Tatis Jr., the Padres could easily make a run in their division. They are definitely in the running for a Wild Card spot in the postseason now that Soto will be most likely batting cleanup.