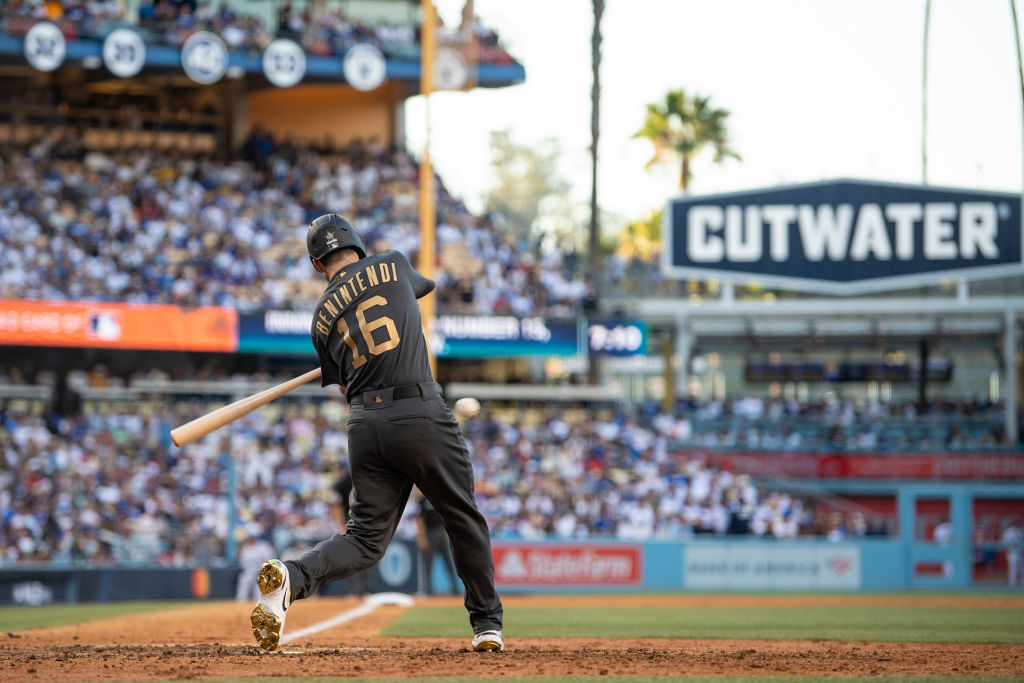 Before their second game of the week against Mets last night, it was reported that the New York Yankees acquired left fielder Andrew Benintendi from the Royals in exchange for three minor league prospects. This season, Benintendi was voted into the All-Star game, with a career-high BA of .320.

One of the main reasons for the Yankees to bring in another outfielder has been the horrific play of Joey Gallo in 2022. For 230 ABs this season, Gallo has produced just 37 hits. He has already struck out 103 times in just 80 games. He’s only hitting .161 in 2022, and simply has been a huge let down for the Yanks this season. New York signed Gallo from Rangers midway through last season. He’s been less efficient in his first full season as a Yankee than he was through 58 games for the team in 2021, where he still played poorly. In comparison, Benintendi already has 111 hits for 347 ABs and 39 RBIs alongside a strong OBP of .387 in 2022. Gallo has an OBP of .285 for the Yankees in 2022, his second lowest on-base percentage of his career. In, 2016, Gallo only played 17 games and finished with an .200 OBP. To give you an idea of how pathetic Gallo has been this season, just consider that Aaron Judge has more home runs in 2022 (38) than Gallo does hits (37).

By bringing “Benintendo” to New York, the Yankees are adding guy who can reliably hit the ball and get on base. In turn, they have found the perfect solution to the setbacks Gallo has created on offense this season. While Gallo is a decent outfielder defensively, his offense has been simply unacceptable.

This move will shift the Yankees outfield and subtract Joey Gallo from the equation in place of Benintendi. In fact, it could mean the end of Gallo as a Yankee altogether. The former Red Sox and Royals outfielder literally has a batting average (.320) that is two times better than Gallo’s (.161 BA). The Yankee’s outfield for the rest of the season will likely consist of Benintendi in the left field, Aaron Judge at center field, and either Aaron Hicks or Matt Carpenter occupying the right field (Pending OF Giancarlo Stantaon’s return from injury).

It’s notable that the Yankees have slowed down over the last month or so. The Bronx Bombers have lost their 12th game this month last night in a 3-2 loss to the Mets. The Yankees in the month of July have thus lost more games (12) than they have won (10) for 22 games played so far in July.

One of the biggest holes to fill has been Gallo, who is playing so badly in 2022 that a move needed to be made for the Yankees to head into the postseason with confidence. Gallo has been completely unreliable and has been given enough time to break out of his inefficiency at the plate this season, after joining the organization midway through last season. Now, the Yankees seem to be moving on from Gallo and have found a great solution in bringing over Andrew Benintendi midway through this summer. In doing so, New York has built the best foundation for them to recapture the winning pace they established from the beginning of the season into June as we get closer and closer to the postseason.

The Royals will be playing a four-game series against the Yankees in the Bronx starting tonight at 7:05 PM EST. Benintendi will get his first start in pinstripes right away and face off against the team who traded him for three prospects.