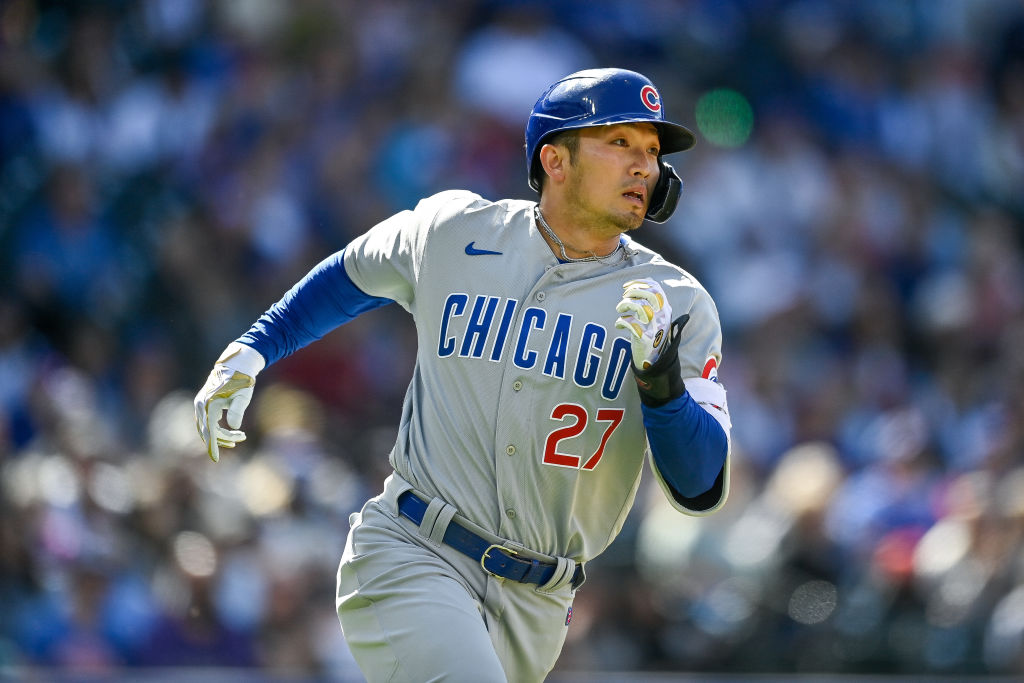 With two weeks of fantasy baseball in the books, things are starting to take shape. There were some big jumps and drops in trade values based on our Trade Value Chart. We’ll take a look at who has been exceeding expectations as well as those underperforming.

Early in his second season, Gilbert has been outstanding, allowing just one run over his first three starts. Over those three outings, Gilbert’s thrown 16.2 innings while issuing just one free pass. Additionally, he gained his first quality start of the year in his latest game. He currently has the lowest ERA (0.54) in the majors and is ninth in the league in WHIP (0.84). Over the last week, our Trade Value Chart went bonkers as Gilbert’s rating jumped from 4.95 to 18.95. He’s currently one of the hottest commodities in fantasy baseball.

Adam Frazier is loving his new digs in Seattle. Since the Mariners’ home opener, Frazier has gone 11-21 with four runs, four extra-base hits, five RBIs, and a stolen base for good measure. His hot streak has increased his batting average up to .294 after beginning the year 4-30 in Seattle’s first two road series. Frazier’s value has skyrocketed over 100% this last week as a result of his consistent hitting. He gained 9.5 points on the Trade Value Chart and is the second-highest ranked player at his potion behind Ozzie Albies.

If you happen to stumble upon Seiya Suzuki, congratulations! You have the hottest hitter in baseball. Even in a small sample size, Suzuki’s start to the season is eye-popping. He’s got a slash line of .387/.565/.839 and has a ridiculous 1.404 OPS. Suzuki put up very impressive numbers back in Japan, hitting for both average and power. Nobody could have predicted that he would translate to Major League Baseball so seamlessly. He’s already getting major respect from pitchers. Pitchers are throwing around Suzuki so much so that the kid in Chicago is averaging more than a walk per game. He has four dingers and has driven in 11 RBIs. No wonder he is third among outfielders on the Trade Value Chart.

A premium top three draft pick increase season, Soto has gotten off to a very slow start. Although on the surface his numbers don’t look too terrible, he has yet to drive in a run outside of his three homers. Soto is hitting a career-worst .277 (.300 career average) and has just five extra-base hits in 14 games (three home runs and two doubles). Fantasy owners who snagged Soto in the first round are surely frustrated with the Washington star’s numbers. Soto’s value dropped 12.3 points in the last week on the Trade Value Chart. If you are in a league where Soto’s fantasy owner is on tilt and willing to trade the Washington superstar, this could be the perfect buy-low opportunity to acquire one of the best hitters in the game.

Bichette was expected to be one of the top shortstops in fantasy baseball before Opening Day finally arrived. After 12 games played, he is hitting just .204 (.304 last season) with one home run, five runs scored, and just three RBIs. Not to mention, after swiping 25 stolen bases last season, Bichette has yet to log a stolen base this season. This is another scenario where you can potentially get Bichette at a discounted price due to his atrocious start to the season. This kid will eventually break out of his slump and you’ll be glad he’s on your fantasy squad. If you own him, I’d suggest holding onto him. If you don’t own him, consider offering a trade for the speedy Blue Jay.

At first glance, Perez’s numbers look not too far off of what you’d expect as he’s already popped four home runs, six RBIs, and five runs scored. However, all four of the home runs, four of the six RBIs, and four of the five runs came in just two games. He’s been a complete deadweight in his other eight games so far this season. Preseason Perez was projected to be the third-best catcher in fantasy baseball but he’s currently 43rd. He will continue to be one of the best power options at the catcher position but other than that, he really won’t contribute much else. If the extreme cold streaks continue to linger, you may want to consider trading him for a better all-around option.