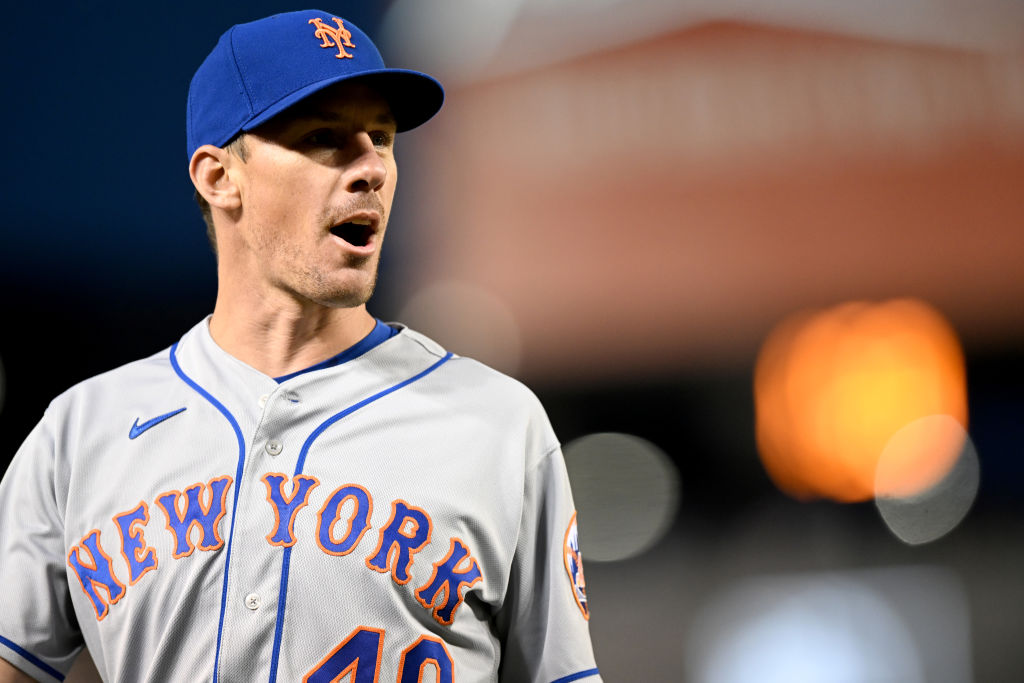 After one full week of fantasy baseball, it’s time to take a look at who has been exceeding expectations as well as those underperforming. It may be too early to make transactions based on Week 1 but keep an eye on these players moving forward.

In the preseason, Myles Straw was a late-round fantasy draft pick at best and undrafted in many leagues. Through six games, Straw has made a big impact at the top of the Cleveland Guardians’ lineup with traditional top-of-the-lineup skills. Straw currently leads the majors in runs scored (9) and stolen bases (4). His base-stealing ability alone should be enough to make him a must-have on your roster this season. His four stolen bases are what’s helped him score so many runs in this first week of the season. His bat and ability to get on base thus far is what’s made his upward trend more impressive. Through six games, Straw is batting .360 with a .484 OPS. The Guardians’ hot lineup has allowed him to collect the most plate appearances in the league to date as well, giving him more opportunities to get on base and add value to your fantasy squad.

Upgrade to an Edge+ account today and get 50% off your first year at just $99.99 for the year. After a year, the price is going to increase to $199. Lock in your special early-bird deal today

It may have only been one week but the Mets currently have the best ERA in baseball even though Jacob deGrom hasn’t thrown a single pitch yet. This could drastically change soon, but as of now, the Mets have Chris Bassitt and others to thank for their sparkling 1.29 ERA through seven games. Bassitt was being drafted somewhere in the 10th to 12th round before the season started as the 33rd starting pitcher off the board. After one start in which he fanned eight batters and issued just one free pass in six scoreless innings, his value has skyrocketed since his victory against the Nationals.

A second solid outing would have his trade value at an all-time high. Bassitt’s value on the Trade Value Chart has increased by a whopping 4.1 points since last week, more than any other starting pitcher in all of baseball. Bassitt will get the ball on Friday in the Mets’ home opener after pitching a pearl of an outing in his first start of 2022. After pitching six shutout innings and allowing just three hits and one walk against the Nationals, he’ll face a 2-4 Diamondbacks offense that has yet to score more than five runs in a single game yet. Bassitt is poised to get his second consecutive victory as the Mets open their 2022 campaign at Citi Field Friday.

An 11th to 13th round pick in the preseason, Manaea seems to be very comfortable pitching for the Padres through his first two starts since coming over from Oakland. In fact, outside of Bassitt, Manea’s value has increased over the last week more than anyone at the starting pitcher position (+3.3). Manaea has tossed two quality starts but took the loss in his second start against the San Francisco Giants on Wednesday. Still, through two starts, Manaea has two quality starts, a win, 13 strikeouts, two earned runs, and has allowed just four hits and three walks over 13 innings of work. In his first outing, Manaea was pulled after seven innings while allowing no hits and just one walk. This may be the time to ask your competitors for the farm as its value is at an all-time high.

Projected to be a fourth to the sixth-rounder in the preseason, Arozarena is not upholding his side of the bargain thus far. Through five games, Arozarena is 4-of-22 with just one RBI to his credit. To make matters worse, he hasn’t drawn a walk or scored a run yet and has just one extra-base hit. Things will most likely take a turn for the better, but this is not the start Arozarena owners or the Rays wanted to see. He could be a possible buy-low candidate if this trend goes on for another week or so. Among outfielders, nobody has seen a steeper decline on the Trade Value Chart (-3.0) than Arozarena.

Pegged as a guy who would get it done with good contact hitting, power, and some speed thrown in there as well, India has done none of the above. Through six games, he is 5-for-30 with just one extra-base hit to his credit and two RBIs to go along with six strikeouts. Nobody eligible at the second basemen position has seen a steeper decline on the Trade Value Charts. Fantasy experts had high hopes for India to step up as one of the best hitting second basemen this season, and so far that hasn’t happened. It’s just a small six-game window, but you’d like to see more contact from India than five hits and six strikeouts with just one drawn walk.

Still, this could be another solid buy-low opportunity. There aren’t a ton of reliable second basemen in fantasy baseball and India smashed 20+ homers last year while hitting above .270, not to mention his 12 stolen bases and his (almost) 100 runs scored. This could be a great chance to take advantage of a frustrated owner who India is currently disappointing. Right now, Chris Bassitt has a higher value than India! I would trade Bassitt for India in an instant. The Reds’ second basemen are eventually going to get it going again and when he does, you’ll be glad you took advantage of his abysmal start to the season.

After one start, Woodruff owners were distraught after he permitted seven earned runs to the soft-hitting Chicago Cubs at Wrigley Field. He couldn’t even get out of the fourth inning before being relieved. Woodruff was expected to be a top-five pitcher this fantasy baseball season but he sure didn’t look elite last week after allowing six hits and issuing three walks while striking out a mere two batters. It was a nightmarish start for the Brewers’ second ace behind Corbin Burnes.

Sometimes pitchers need a few starts to find their groove, especially after the interesting offseason they had. Fortunately for Brewers fans and Woodruff owners, the 29-year-old who entered tonight’s matchup with the 3-1 St. Louis Cardinals with a 17.18 ERA and 2.45 WHIP found his velocity and accuracy. Woodruff was pulled after throwing 89 pitches in five innings but didn’t allow a run and permitted just three hits and a walk. His ERA dropped down to 7.27. Interestingly, the Brewers elected to pull Woodruff from the game after five scoreless innings but fantasy owners no longer need to panic. Still, his value is much lower than most anticipated heading into the season, and as a buyer, I’d start sending offers now to see if anyone is willing to pull the trigger on a trade for one of baseball’s best pitchers last year. Woodruff will be just fine.