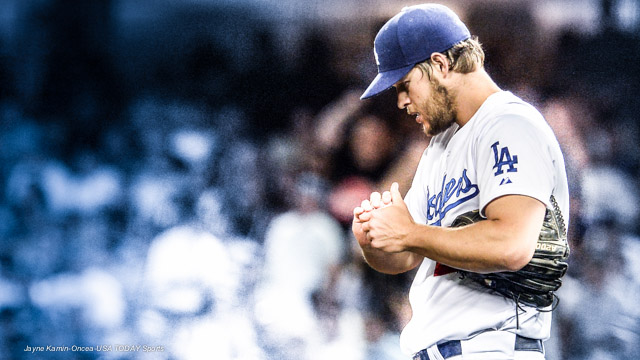 With Major League Baseball (possibly) around the corner, it’s time to look at the World Series odds for each team and break down who you should be putting your confidence in. From the favorite Los Angeles Dodgers who are currently listed with the best odds (+600), down to the rebuilding Baltimore Orioles and Pittsburgh Pirates (both at +50000), we’ll shed our opinion on which teams are worth investing a few of your hard-earned dollars on.

Please Note: All odds are according to FanDuel Sportsbook.

They may be the favorites giving the least return for your dollar but there are plenty of reasons why bettors should consider backing the Dodgers. The Dodgers return potentially the best outfield in the league assuming that Cody Bellinger can regain some semblance of himself this season. Mookie Betts is still an absolute monster.

Los Angeles boasts a pitching staff that has two of the greatest pitchers of their era in Max Scherzer and Clayton Kershaw, yet they aren’t even the headliners anymore with Walker Buehler, Julio Urias, and Dustin May all breaking out to make a completely circular Dodgers rotation.

The Astros have the shortest odds in the American League and for good reason. Houston has been to the postseason for five straight seasons with a World Series under their belt, two World Series losses, and two more ALCS appearances as well. For a team that has guaranteed they’ll get to the ALCS or further, these are some pretty fair odds. If you had gotten the Astros at +1000 over the last five years, you’d be able to at least hedge your bet safely each year and come out on top.

With Marcus Semien and Jose Berrios set to hit free agency, you may want to keep an eye on those transactions to see if you’d rather wait for the odds to change. Either way, the Blue Jays now boast a roster that has a perennial MVP candidate in Vladmir Guerrero Jr., and growing talents in Bo Bichette, Teoscar Hernandez, and Robbie Ray. If Semien is re-signed and players like George Springer and Hyun Jin Ryu can return to their former usual production, the Blue Jays can be a scary team to face, even in their incredibly tough division.

The Braves have great odds when you consider the talent they have on their roster right now. If Mike Soroka and Charlie Morton can bounce back from their season-ending injuries, the Braves are a great value at +1400. They’ll trot out one of the most stacked lineups in the league with Ronald Acuña Jr., Freddie Freeman, Dansby Swanson, Austin Riley, Ozzie Albies, and Marcell Ozuna all of whom have the potential to be All-Stars. Some have already played in the Midsummer Classic.

Outside of Randy Arozarena, the Rays never really boast much in the way of name power. They are masters of the analytical game and created the “opener,” where they patchwork nine innings of pitching together between five or six pitchers. The Rays have done more with less than any other team in recent memory. They return most of their roster that got them to the playoffs last season and will have 20-year old shortstop, Wander Franco, who has superstar potential, possibly the first Ray of his kind.

The Giants don’t wow when you look at their roster, but they have a solid veteran presence that needs to be bolstered with young talent in the free agency/trade deadline. Starting pitcher Logan Webb needs to continue to move in an upward direction and veterans Brandon Crawford and Evan Longoria need to produce for another year while teaching their teammates what it is to play winning baseball. I can see the Giants making some moves to round out their roster and make another run at a title.

Can it be possible that Mike Trout goes his whole career without making the playoffs? Trout’s injuries meant that he and Shohei Ohtani didn’t get to share the field much together last year. The Angels will need to bolster their pitching staff a whole lot If they want a realistic chance at making the playoffs. With two generational players playing together, the Angels will surely empty their pockets for whoever they can get to support their two MVPs. I would continue throwing a few dollars at them every year until Trout is no longer in his prime or the two are not playing on the same team.